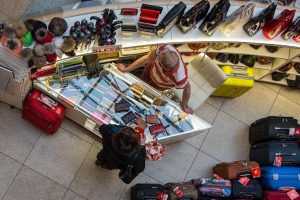 Big news for the service industry: 2014 has brought a huge surge in the number of service-related companies. According to a recent article in Bloomberg, service industries—like restaurants and retailers—grew in July at the fastest rate since December 2005! Additionally, the Institute for Supply Management’s (ISM) non-manufacturing index increased to 58.7 (readings greater than 50 indicate expansion). The U.K. is experiencing similar trends in its service industry as well, which means your potential customers are ready and willing to spend. Terry Sheehan, an economist at Stone & McCarthy Research Associates is cited in the article as saying, “We’re seeing numbers that we haven’t seen since well before the financial crisis and recession, and they seem to be more sustained.”

Coinciding with this jump are an increase in new orders among service providers (they too are experiencing the highest ISM measure since August 2005) and an uptick in production (manufacturers have the highest ISM level since April 2011). Negative side-effects include an increased unemployment rate from 6.1 percent to 6.2 percent (given the influx of new job seekers into the labor market), a decline in the stock market (investors jumping on the anticipated uptick too soon) and an increase in competition for businesses in the service industry.

Worried about the influx of new competitors? Stay ahead of the curve by employing these business practices.